Spain’s former Secretary of State, now president of España Activa Foundation, has grave concerns about the Spainish population’s inactivity levels, but he’s now determined to turn things around
Your background is a political one – can you tell us more?
I was Spain’s Secretary of State from 2004 to 2011, with a mandate that covered legislative reforms. These included the approval of the Health Protection and Fight Against Doping law (2005) and the Penal Code Reform (2010) to fight against corruption in sport – that included things like match-fixing, illegal betting and so on.

Other key milestones included the approval of the A + D Plan, which promoted the practice of physical activity across all social groups; the DIDAN Plan for the construction and improvement of high performance sports facilities; the ADOP plan for the financing of Paralympic activity; and the different ADO Plans for Olympic funding.

This period was considered by many to be the golden age of Spanish sport, with great results achieved across a wide range of specialities and competitions.

You’re now president of España Activa. How did that come about?
The España Activa Foundation was launched at the end of 2014. It’s a not-for-profit organisation founded by some of the main players in the Spanish fitness industry, and it’s currently expanding its membership to encompass the broader sports and leisure ecosystem in Spain.

I joined the España Activa Foundation in February 2017 because I was driven by a desire to actively contribute to the promotion of an active and healthy lifestyle among the Spanish population. To be able to do so as president of the Foundation – by helping to build and increase the visibility and impact of the Foundation by bringing to the table all my experience accumulated over many years of public service – seemed like a unique opportunity for me to play a small part in its important mission.

I believe that the most obvious value I bring to the organisation is my extensive experience in government, at different levels within the State. However, possibly even more important are the strong relationships that I have fostered within the ecosystem of sports and active leisure in Spain – relationships which we can harness to achieve our goals. I believe my connections and experience make it easier for us to access the people and institutions that are capable of working with us to achieve a more active, healthier and happier Spain.

What are the objectives of España Activa?
The main objective of the Foundation is to increase the level of sports and physical activity done by the Spanish population. Echoing ukactive’s mission in the UK – getting more people, more active, more often – we aim to positively influence Spanish society with a view to getting more citizens more active on a more regular basis. Specifically, our goal is to get participation levels above the European Union average by 2020. This objective lies at the heart of our 2018 to 2020 plan.

We aim to do so by identifying all the key stakeholders in our country, across all spheres, and establishing relationships with them to increase the visibility of our actions, to enhance our credibility and to boost our resources. Again, we’re very interested in how ukactive has achieved this goal in the UK and we believe everyone has a role to play – business, social organisations, the media, individuals, families and educational institutions. Our role at España Activa is to be the facilitator, the catalyst that brings everyone together, so it becomes the norm to be part of our great movement towards a more active, healthier and happier society. 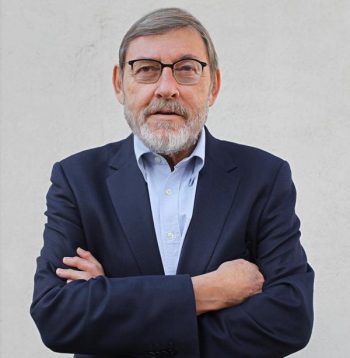